Get a Quote
You are here: Home » News » Which of the following techniques are used to repair intertrochanteric fractures?

Which of the following techniques are used to repair intertrochanteric fractures?

1. Most of them are related to osteoporosis, most commonly in the elderly, more women than men.

2. The incidence is related to race, gender and region.

4. Due to the rich blood flow in the trochanter, the fracture rarely does not heal, but it is easy to occur hip inversion, and there are more complications caused by long-term bed rest in elderly patients, and the morbidity and mortality rate is 15%-20%, so it is called the last fracture in the elderly.

1. Young adults are mostly high-energy injuries, should pay attention to brain, chest, abdomen and other parts of the injury; elderly people are mostly aging function of the limbs coordination response agility decline and fall caused by.

2. Direct violence: direct impact on the greater trochanter area. If the body falls to the ground with lateral force when falling.

3. Indirect violence: the body is twisted during the fall, and the hip is subjected to the stress of inversion and forward angle at the same time.

4. Pathological fracture, one of the common bone tumors.

1. The basic presentation is the same as that of femoral neck fracture, with local pain, swelling and functional limitation of the affected limb.

2. Because it is an extra-articular capsule fracture, there is no restriction of the joint capsule, so the deformity of shortened external rotation (90 degrees) of the lower limb is more serious.

4. Local hematoma is relatively severe, and there may be more extensive subcutaneous bruising.

5. In elderly patients, they tend to be older than femoral neck patients, and a significant proportion of patients have had a previous stroke.

History of obvious trauma, pain in the affected limb, and limitation of movement. Shortening and external rotation deformity of the lower limb is evident up to 90°. X-ray examination is often required to establish the diagnosis and typing is based on the radiographs. The symptoms of intertrochanteric fracture are similar to those of femoral neck fracture, but the latter is less severe than the former in terms of local pain, swelling, loss of function, and shortening of the affected limb, and the affected limb mostly has mild hip flexion and knee flexion and external rotation deformity, usually between 45°-60°. 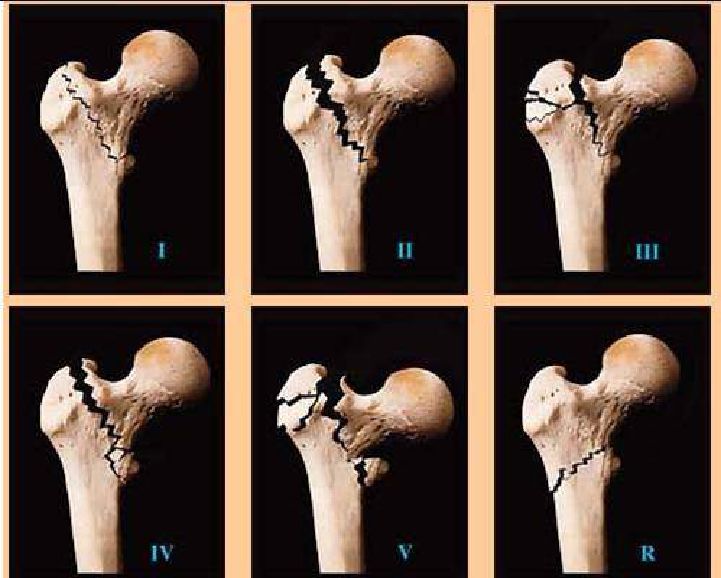 Type I: Simple intertrochanteric fracture with a fracture line sloping from superior to inferior, without displacement and stability.

Type R: an anterior intertrochanteric fracture with an oblique fracture line from superior medial to inferior lateral, which may be associated with a small rotor fracture and destruction of the femoral spine. 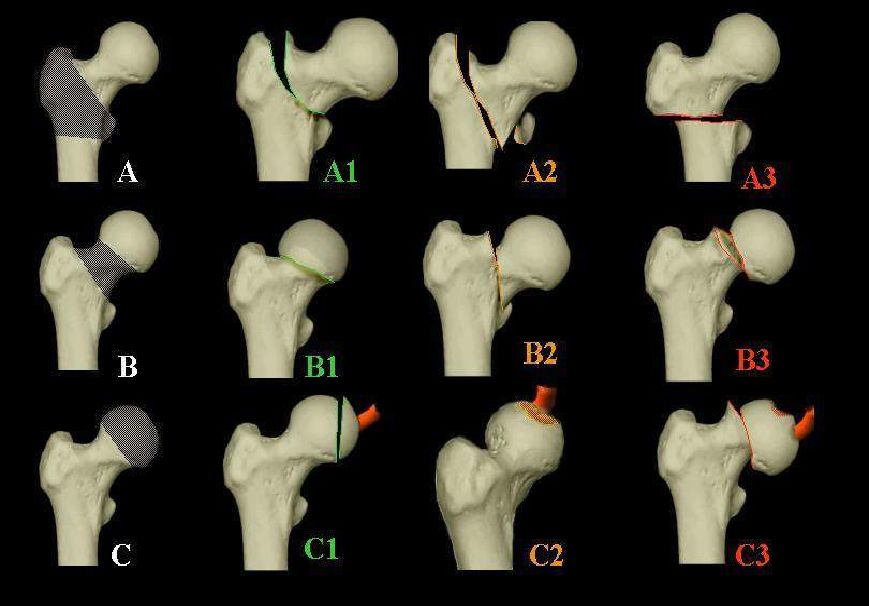 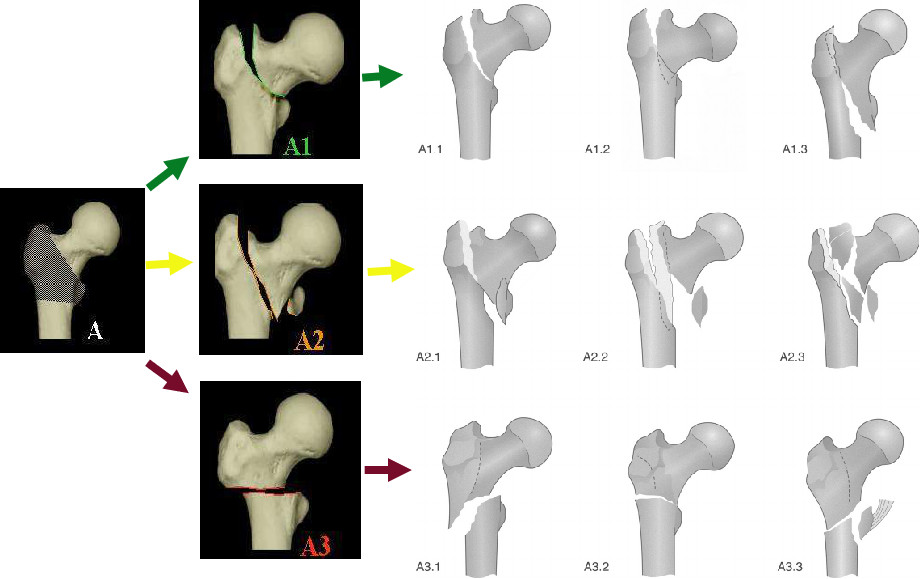 A1.1 The fracture line passes through the inter-rotor line

A1.2 Fracture passing through the greater trochanter

A1.3 Fracture passing below the lesser trochanter

A2.1 Fracture with 1 comminuted bone fragment

A2.3 Fracture extending more than 1 cm below the lesser trochanter

The main advantages of the DCS power condylar screw are. 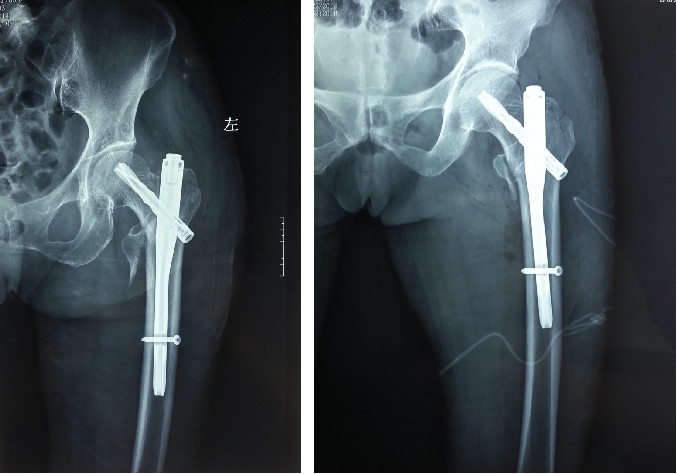 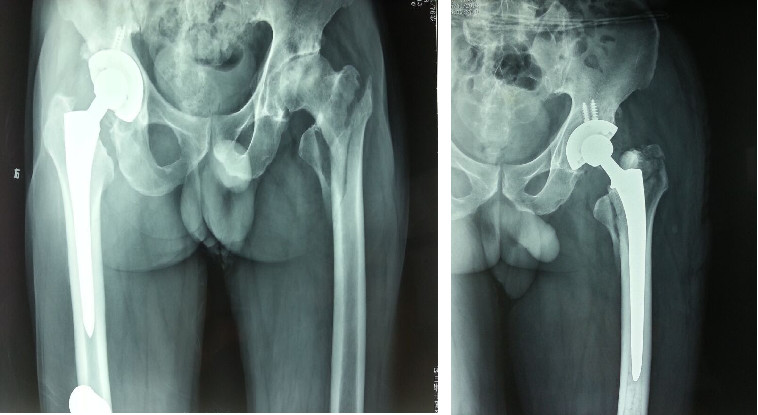 Indications for artificial joint replacement surgery for intertrochanteric fracture of the femur:

Patients who cannot be treated in bed for a long time.