Get a Quote
You are here: Home » News » Comprehensive knowledge of the pros and cons of hollow screw fixation treatment for femoral neck fractures 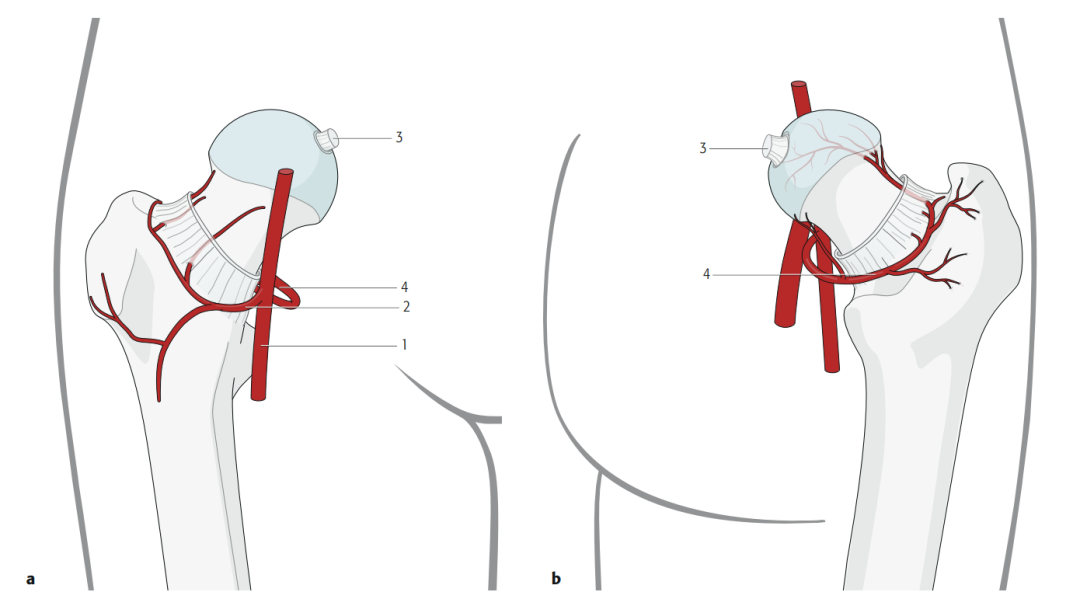 (1) Most of the blood supply to the femoral head comes from the lateral rotor femoral artery.

(2) It gives off 3 or 4 branches that support the strap artery. These branches travel posteriorly and upward along the retroflexed portion of the synovial neck of the femur to the cartilaginous edge of the femoral head. The vessels within the round ligament.

(4) Supplies the greater trochanter of the femur and forms an arterial ring with the lateral rotor femoral artery.

Clinically, three hollow cancellous bone screws of 6.5 mm or 7.0 mm or 7.3 mm can be used for fixation in younger patients or in middle-aged or older patients with good bone quality. A guide should be applied to keep the 3 hollow nails parallel to allow for sliding fracture compression. Within the femoral neck, the screws should be screwed in along the edges, taking care that the screws are threaded into the femoral head and not across the fracture line, as this is the only way to obtain inter-end compression. The screws should be tightened and repeatedly confirmed intraoperatively. If a traction bed is used, the traction must be relaxed. Hollow screws can also be placed percutaneously. Frontal, lateral, and 45° oblique fluoroscopy must be performed to ensure that the screws do not penetrate the hip joint.

Take the "inverted triangle" nail placement, which is commonly used in clinical practice, as an example.

a. First of all, under fluoroscopy, use X-ray in two planes of fluoroscopy to determine the layout of the lower and middle guide pins.

b. A skin incision is made that extends 2-3 cm proximally.

c. The fascial layer is separated along the incision and a Cobb separator is used to separate the longitudinal fibers along the lateral femoral muscle.

d. Place the guide needle in a position where both planes are perfect.

e. One guide pin was placed along the anterior aspect of the femoral neck with an assistant to determine the anterior tilt angle.

g. This is done by inserting a guide pin above the lesser trochanter along the distal femoral neck cortex via the femoral spine; the next two guide pins are inserted proximally in a parallel fashion, as far up as possible and 5 mm from the anterior and posterior cortex; the depth of entry of the guide pin is then adjusted to reach 5 mm below the cartilage; finally, the hole is reamed, measured, and a pressurized hollow screw is screwed in.

h. Make sure not to enter the needle below the lesser trochanter and travel proximally along the femoral spine.

i. Make sure that the threaded guide pin is positioned underneath the joint.

j. Do not allow the guide pin to penetrate the articular surface.

k. Determine the appropriate screw length by measuring the guide pin length and then removing 5 mm.

l. Usually self-tapping, self-drilling screws are used, but sometimes pre-drilling of the lateral cortex is required in loyal patients with thick bone.

m. If space permits, a spacer may be used.

n. A 4th screw (diamond arrangement) may be necessary for loyalists with severe comminuted fractures of the posterior aspect of the hand. 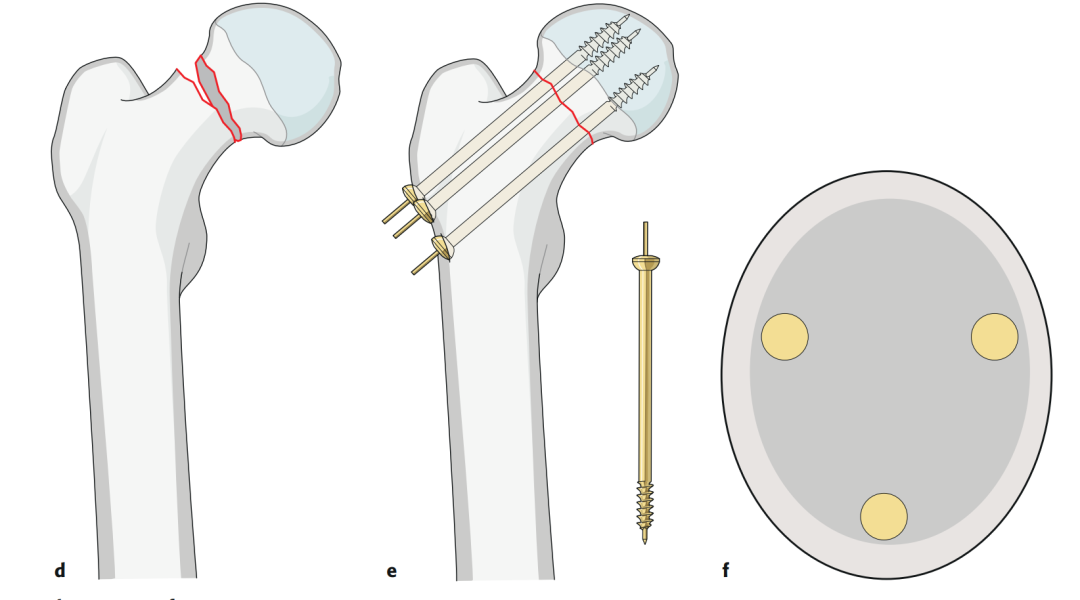 Although hollow screws for femoral neck fractures are now very common, there are still differences of opinion regarding the number and configuration of surgically placed hollow screws, usually depending on the operator's preference; factors such as the patient's bone density, screw strength, and success of treatment also have an impact.

Yuenyongviwat et al. designed a new adjustable parallel drilling guide for the placement of hollow screws in the treatment of femoral neck fractures by internal fixation, and found that this new guide could reduce the operative time and the number of intraoperative fluoroscopic views compared with the traditional method, thus achieving satisfactory surgical results.

Filipov et al. designed a biplane double-supported screw fixation (BDSF), in which the entry point of three hollow screws is located in the thick cortical area of the proximal femoral stem, and the three screws are evenly offset to the periphery of the femoral head, thus forming two planes. This approach allows for double cortical support, thus providing adequate fixation strength during movement.

Because of the high possibility of femoral head necrosis after hollow nail fixation for femoral neck fractures, other methods have been continuously used to assist hollow nail internal fixation to reduce complications such as femoral head necrosis. The root cause of femoral head necrosis after femoral neck fracture is the loss of blood flow to the femoral head, so the focus of treatment is on how to improve blood flow. The introduction of a blood-supplied periosteum graft into the necrotic area of the femoral head and the outward filling of the residual cavity by the germinating layer will facilitate the differentiation of the grafted periosteum into osteoblasts as well as the regeneration of vascular sprouts, which has both osteogenic and revascularizing effects.