CZMEDITECH 5.5 Spinal System applies to the fixation of thoracic-lumbar and sacrum via posterior approach. 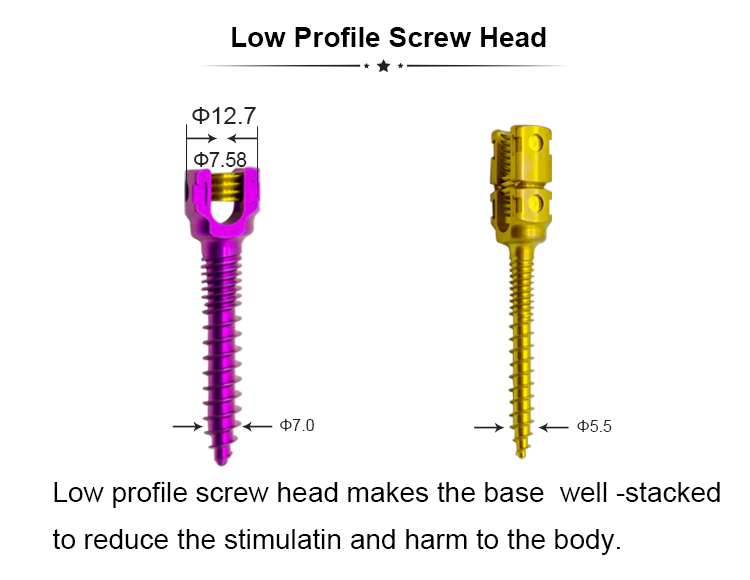 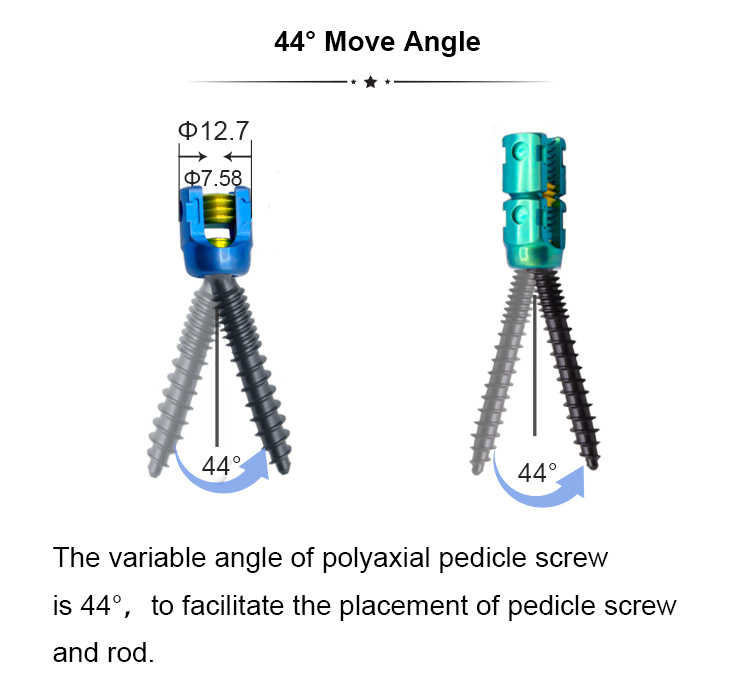 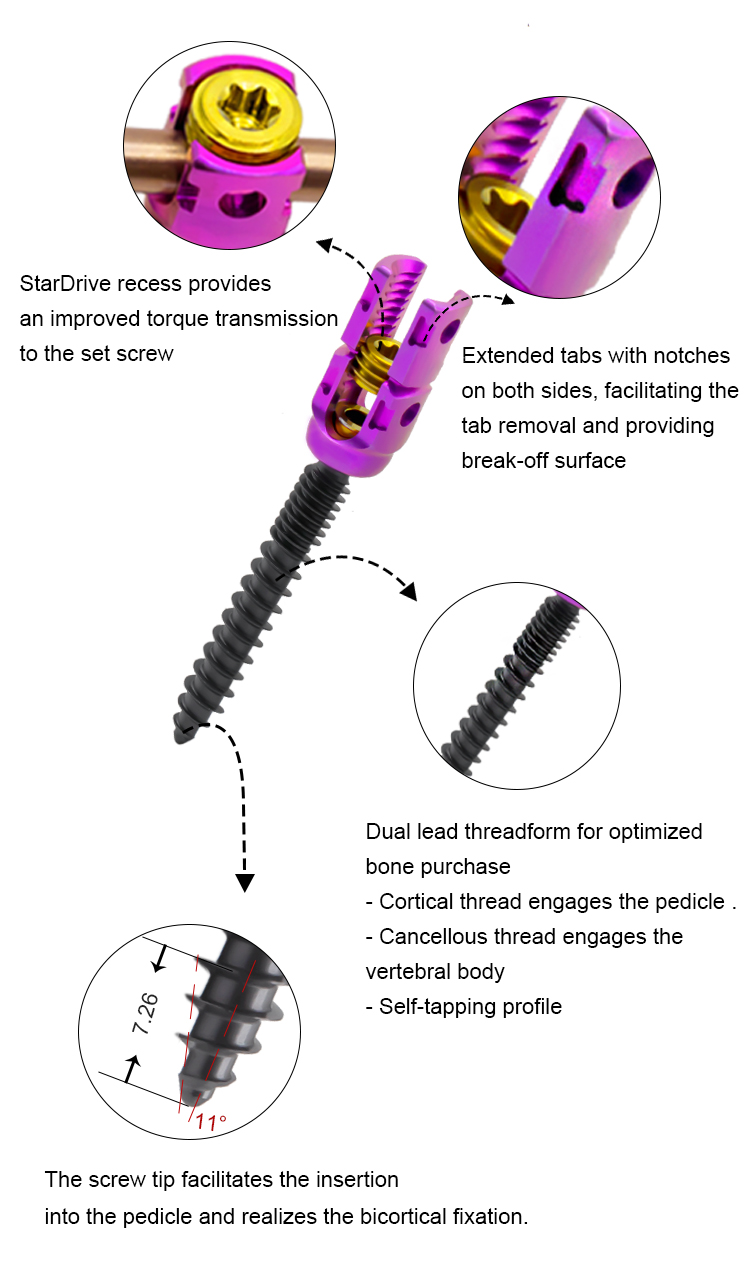 The use of pedicle screw for spinal fixation began in France in 1963 with Roy-Camille, who waited until 1970 to report the technique.He promoted the use of pedicle screws as a point of fixation for thoracolumbar segmental fixation. The technique was first applied to treat fractures and later extended to treat tumors, spondylolisthesis and malunions. The earlier version of pedicle screw was monoaxial and coupled with plates; later, it has evolved to the current rod-based system coupled with polyaxial screws.

Pedicle screw fixation is currently one of the most used modalities for internal thoracic and lumbar spine stabilization. Although segmental fixation with wires, bands and hooks still plays a significant role, the biomechanical advantages of the pedicle screw led to an increase of the use of pedicle screw fixation over time. Besides, pedicle screws provide superior clinical results compared to other methods of spine instrumentation. However, in osteoporotic bones “in vitro” similar primary and long-term stability was observed between pedicle screws and a laminar hook system additionally fixed on the lamina with a perforating screw as well as cortical screws were shown to have equivalent pullout strength in osteoporotic bone compared to pedicle screws.

Pedicle screw fixation was designed to provide immediate stability, rigid immobilization and short fixation without sacrificing additional motion segments required by other forms of fixation. Knowledge of biomechanics offers the opportunity to predict and avoid surgical constructs that may lead to hardware failure and poor clinical outcomes.

The pedicle is the strongest site accessible through a posterior approach to perform a three dimensional rigid fixation of the vertebra using pedicle screws. Transpedicular screw fixation provides a high mechanical stability, allows correction maneuvers, does not require external immobilization, and it has been used in the surgical treatment of a variety of spinal diseases such as spinal fractures, tumors, infection, spondylolisthesis, scoliosis, lumbar arthrodesis, kyphosis, etc.

The use of pedicle screws in the treatment of spinal deformities has allowed greater correction of the curves compared with constructs using hooks, sublaminar wires or hybrids constructs.It is believed that the benefit is due to the strong anchorage provided by pedicle screws, which seems to be more important than the used reduction technique. The correction of spinal deformities occurs mainly in the coronal and axial plane; however, correction of hypokyphosis as well as decrease in thoracic kyphosis has been reported.

Pedicle screws provide a greater potential with respect to other anchoring implants for three-dimensional correction of spinal deformities, especially in the transverse plane. Monoaxial screws provided better corrections in the coronal plane than polyaxial screws, as well as efficacy of the derotation technique. However, the use of polyaxial screws is associated with better restoration of the sagittal profile.Besides, monoplanar screws were developed to improve the ease of rod engagement without reducing the strength in the sagittal plane.